When my microwave oven is turned on my Wi-Fi performance sometimes suffers.

The first question can be answered by comparing Wi-Fi performance with the microwave oven on and off.

The second question is more difficult to answer. Even defining the level of safety is not straightforward.

Generate 1GB, 100MB, and 10MB random files. I’m using a random file here in case there is any other part of the system that might attempt to compress the file data.

My Wi-Fi router has an option to attach a USB hard drive. I’ll be using that for my file transfer test. The USB hard drive is mounted on my laptop using AFP.

Change the working directory to the mounted AFP drive:

I started the second test with the microwave on, but had to abort. After a few minutes of running, rsync estimated it’d be about 50 minutes until the transfer completed. More importantly, while I was running the microwave I had the thought that running it with nothing inside of it might not be exactly what the microwave oven designers intended.

Sure enough, I opened the microwave and it was very warm inside and the oven itself was unusually hot.

Perhaps the purposes of my life is to serve as a warning to others.

The second test looks at the Wi-Fi signal and the noise floor. 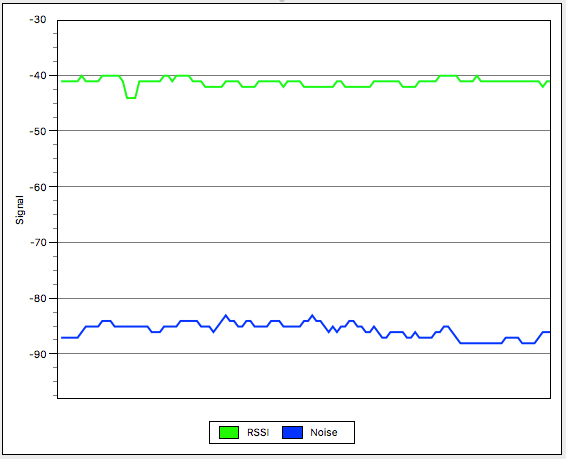 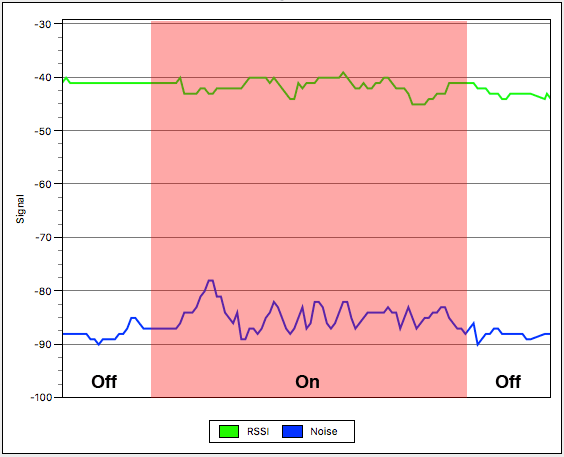 Because I didn’t have raw data, computing more characteristics of the noise is not straightforward. However, just eyeballing it, there appears to be higher peaks in the noise when the oven is on.

Also, it isn’t clear to me how the Wi-Fi signal is measured. I’m assuming it’s measuring the power of 2.4GHz but I don’t know much about RF measurements so perhaps it’s something else entirely.

If it’s a measure of power at 2.4GHz, then most of the power coming from the microwave oven would look like signal, not noise.

Here are some notes I made while coming up with the tests.

However, I noticed that if I’m on 2.4GHz and someone turns on microwave oven that my Wi-Fi sometimes gets laggy. That makes me wonder:

According to the FCC:

“Ionization” is a process by which electrons are stripped from atoms and molecules. This process can produce molecular changes that can lead to damage in biological tissue, including effects on DNA, the genetic material of living organisms. This process requires interaction with high levels of electromagnetic energy. Those types of electromagnetic radiation with enough energy to ionize biological material include X-radiation and gamma radiation. Therefore, X-rays and gamma rays are examples of ionizing radiation.

Biological effects can result from exposure to RF energy. Biological effects that result from heating of tissue by RF energy are often referred to as “thermal” effects. It has been known for many years that exposure to very high levels of RF radiation can be harmful due to the ability of RF energy to heat biological tissue rapidly. This is the principle by which microwave ovens cook food. Exposure to very high RF intensities can result in heating of biological tissue and an increase in body temperature. Tissue damage in humans could occur during exposure to high RF levels because of the body’s inability to cope with or dissipate the excessive heat that could be generated. Two areas of the body, the eyes and the testes, are particularly vulnerable to RF heating because of the relative lack of available blood flow to dissipate the excess heat load.

For the purposes of my test, I’m going to define it as “safe” if the received RF signal emitted from the microwave is less than the signal received from my 2.4GHz access point. That’s mainly a practical definition, becuase to escape 2.4GHz Wi-Fi, I’d have to move to the dark side of the moon.

Many microwave oven’s generate 2.4GHz signals, and mine is no exception. According to the owner’s manual, my Panasonic oven operates at 2450 MHz, or 2.45GHz. 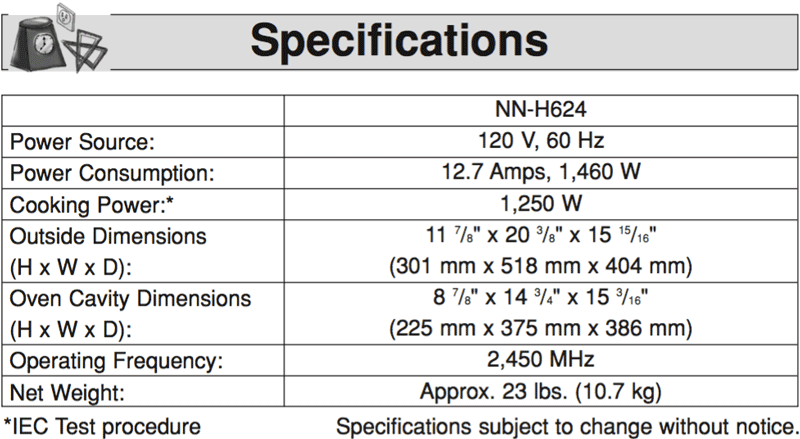 I also discovered that on Mac OS X, if you hold the Option button down while selcting the Wi-Fi menu, you can select Open Wireless Diagnostics… which then provides a bunch of tools under the Window menu, to do things like capture Wi-Fi packets into a pcap file and display graphs of the Wi-Fi signal and noise floor. 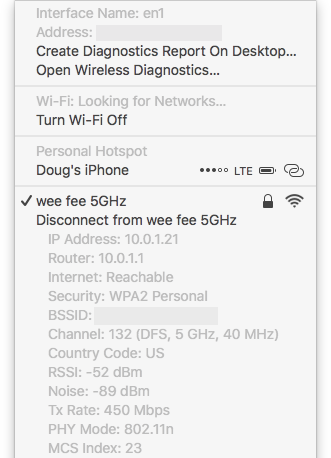 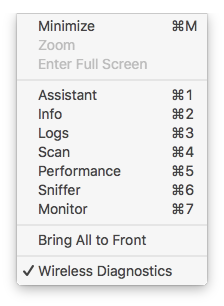